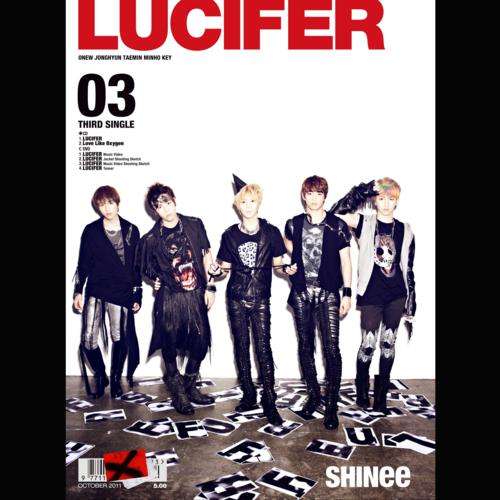 Loverholic Robotronic in Japanese! After the Japanese version of Juliette, Korean male pop sensation SHINee is bringing their dance hit Lucifer to their Japanese fans as their third Japanese-language single. The single also includes their new Japanese version of the Danish funky dance tune Love Like Oxygen (also on their The SHINee World Korean-language album) as its B-side track.