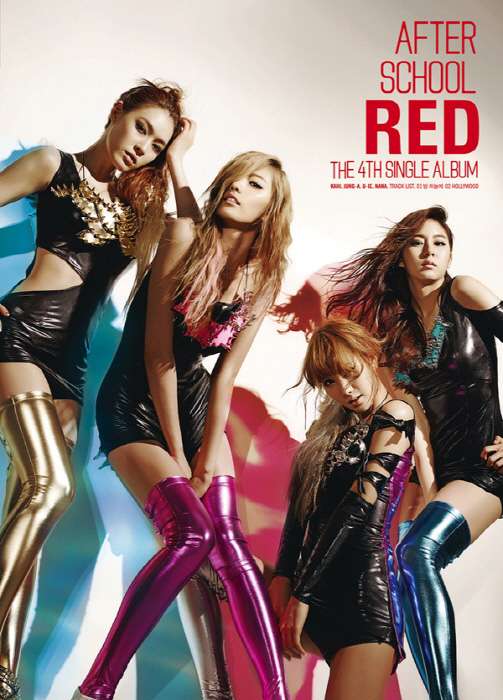 Team Red or Team Blue? Following the success of Orange Caramel, After School has now formed not one but two new sub-units with simultaneous single releases. Split into four members each, A.S. Red presents a sexy and powerful concept, while A.S. Blue is cute and sporty. As decided by fan voting, A.S. Red consists of Kahi, Jung Ah, UEE, and Nana. The girls deliver the fierceness in “In the Night Sky”, a hot and addictive number from Brave Brothers. The Red single album also includes the new track Hollywood.