[Digital Single] DBSK (TVXQ) – Why (Keep Your Head Down) 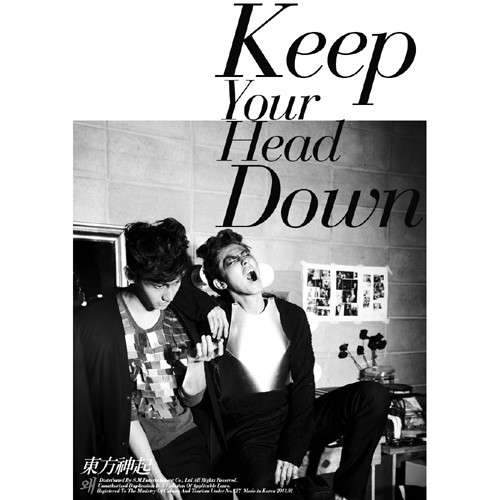 Tracklist:
01 왜 (Keep Your Head Down)

Yun Ho and Chang Min are making a comeback in both Japan and Korea in January! The first Korean TVXQ release in over two years, Keep Your Head Down features ten brand new songs that reveal a hot new image and style for Yun Ho and Chang Min. The album includes the title song “Why (Keep Your Head Down)”, CRAZY featuring Trax's Jay, the OST song “Athena” for the same-titled Korean drama, and MAXIMUM, which they performed during the SM Town tour. Chang Min and Yun Ho also each have a solo!