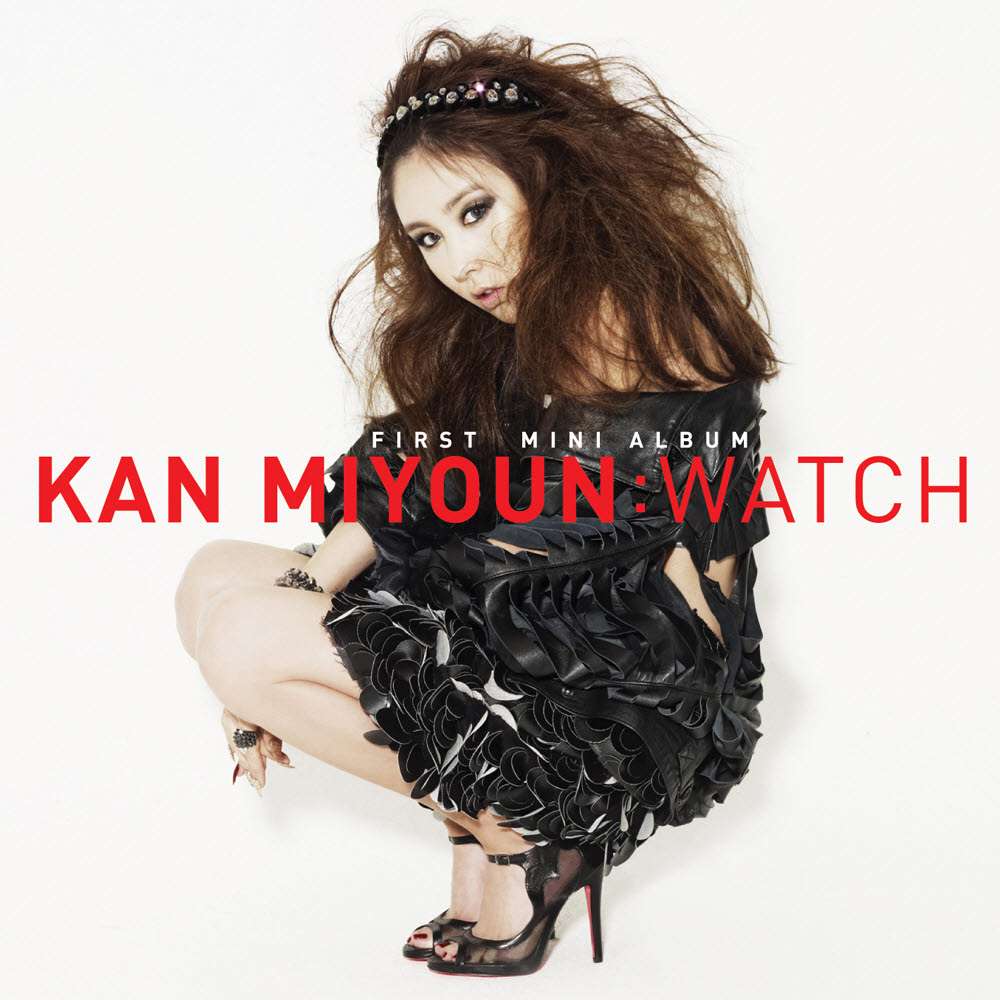 After working mainly in China in recent years, former Baby VOX idol Kan Mi Youn returns to K-pop with her new mini album Watch. Last year, she collaborated with MBLAQ's Mir on the digital single “Crazy”, included on this album. Now she's teamed up with 2PM's Jun Su for the advance track Sunshine. Jun Su not only duets with Mi Youn, he actually composed the song as well. Shinhwa's Eric, meanwhile, features in the sweet main track “Paparazzi”, although it's SS501's Kim Hyung Jun who co-stars with Mi Youn in the song's music video!