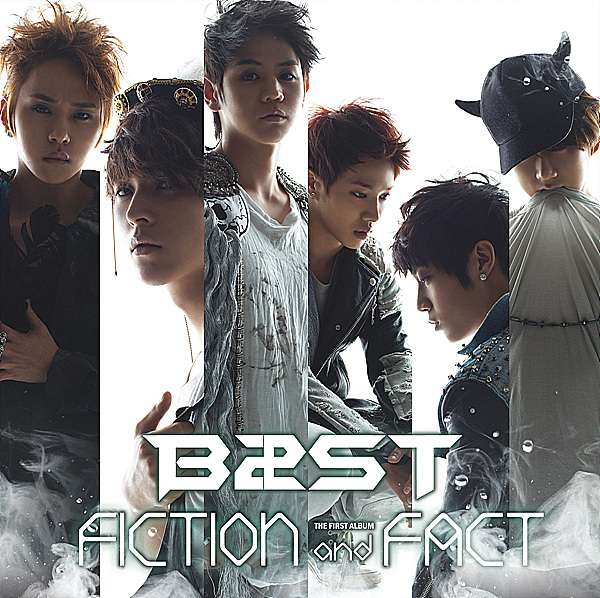 BEAST joined the ranks of Korea's top boy bands last year with three chart-topping mini-albums and a snew-out concert. After making their Japanese debut earlier this year, the group is now finally releasing their first full-length album Fiction and Fact. The album's intro track The Fact leads smoothly into the emotional title song Fiction, which departs from the strong beats and sounds of BEAST's previous singles for a lyrical, piano-accompanied song about facing the pain of breakup. An orchestra version of the song is included on the album. Fiction and Fact also features the pop ballad “Calling You”, the R&B and electronic dubstep style Virus, the unplugged version of Lightless, and Freeze which is written and composed by Jun Hyung.